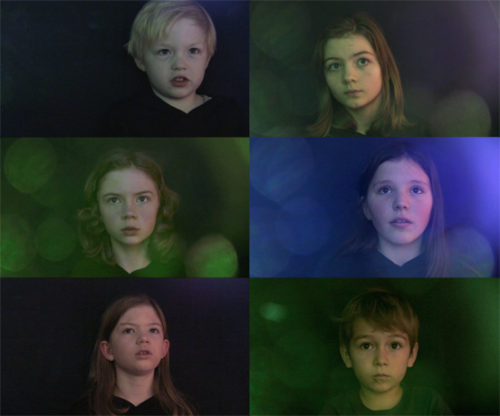 Les enfants bleus, the blue children, also called indigo children, normally describes children who reveal a special paranormal talent and an extra-sensory perception. Here it refers to the media, which light up the faces of the children and colorizes them. 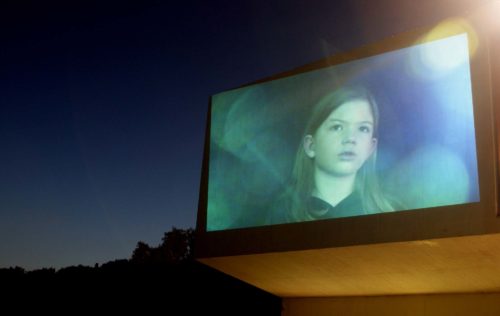 In Les enfants bleus the viewer looks into the faces of children who seem to navigate with eyes wide open directed to an imaginary goal. The emotional expression in the faces is changing with seamless transition between fear, excitement and joy. They play with a video game.